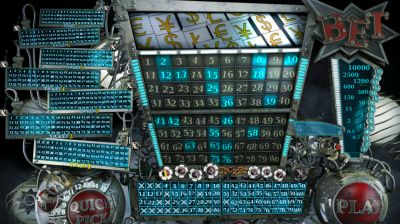 Welcome to our Keno Games Directory.

On this page we provide you a list of every Keno game that you can play online. So if you are looking to play Keno online then this is the page for you.

Also if you are a fan of slots – as they do go hand in hand with keno I feel – check out my article Top 10 Reasons to Choose FreeslotsHUB for Playing Online Slots. This is a great website for playing slots online for free.

The list of Keno games is sorted in alphabetical order:

40-Ball Keno: As the name suggests, there are only 1-40 numbers included in the game instead of the classic 80. Players are supposed to pick between 1-10 numbers and so is the casino.

Balloon Game Keno: Another keno-based game made by U1 Gaming. This game is similar to Cavemen Keno, but it uses five balloons instead of three eggs.

Book of Keno: Set in a hieroglyphic illuminated ancient Egyptian temple, this is a fun version of Keno.

Burning Keno: A fiery game with a fire theme to it. Hot hot hot!

Captain Keno: This is a game by Genii Games with a medieval kingdom theme to it.

Cavemen Keno: Caveman Keno is a fun and exciting game that allows you to experience some prehistoric roots while playing a new version of the old classic game. The graphical user interface that features prehistoric creatures along with an additional egg bonus which gives you the opportunity to have a higher payout.

Caveman Keno Plus: What’s better than the awesome Caveman Keno? The Plus Version!

Circus Keno: This game features multipliers that can really change the game. These bonuses can ramp up and become quite significant in the end game as a poultry win of 2.5$ can become a significant 25$ win if paired with a 10X multiplier.

Classic Keno: A Classic version of Keno by the developer Lepshy.

Cleopatra Keno: One of the benefits of Cleopatra Keno is its free game bonus, where you could be awarded 12 free plays and have any wins multiplied by two. In order to qualify for this bonus, the final number in the game the game will need to match a marked number on your board.

Da Vinci Diamonds Keno: This has a bejeweled style interface and of course is named after Leonardo Da Vinci.

Disco Keno: A fun Keno game set in a nightclub with a disco theme to it and a multiplier on the 20th drawn ball.

Extra Draw Keno: Extra Draw Keno operates like the conventional keno, only that you can buy more balls for an original wager price after you have a ball draw. Extra draw keno game is a simple game to understand as it works almost the same as a lottery.

Firefly Keno: A fun oriental keno variant with fireflies which show up during gameplay.

Fortune Keno: A unique graphic experience as this game features a fortune teller holding a crystal ball. Once you have selected your numbers and are ready to play, the fortune teller will rub her crystal ball. It then begins to glow, revealing the numbers spinning around inside. Eventually, they shoot out of the ball on to the board. (Hopefully, landing on the numbers you have chosen!)

Halloween Keno: Nothing like a special themed game of Keno. Halloween Keno is of course themed for Halloween and is a real fun game to play in October.

High/Low/Middle Keno: The basic rules of the game are the same as regular Keno but what the player is betting on is completely different. Rather than just betting that certain numbers will be drawn, the player bets on which categories the numbers drawn will fall into. High/low/middle Keno is most often played in Macau.

Instant Keno: Instant Keno is a fast and fun version of 80 ball Keno. If you know how to play Keno then you will have no problem playing Instant Keno as it uses all of the same rules that you know already. It’s just faster.

Jackpot 15 Keno: Playing Jackpot 15 Keno is easy and players at all familiar with Keno will have no problems picking this up and playing right away. This version allows player to select up to 15 numbers.

strong>Keno +2 Ball: A fun Keno game with some good payouts due to the different variations in regard to the balls. It has the 2 extra balls feature.

Keno 80: An 80 number Keno game with a nice and simple design.

Keno Blitz: Keno Blitz is a keno game with fire and weather elements in it.

Keno Neo: With the dark green interface, the Matrix was clearly an inspiration for this Bally Wuff version of Keno.

Keno Neon: A neon-themed Keno game that is quite fun to play. Nice graphics to it.

Keno Neon (Triple Profits): This Keno Neon game has a theme of space and space warfare.

Keno Live: Keno Live is a live multiplayer version of Keno and is a really cool game to try out. It’s all within a timed session that you will play with other people.

Keno Night: This is a fun dark themed game. If you are planning on Keno at night this is the game to check out!

Keno Pop: A fun game by 1×2 Gaming with an inflatable variant to it.

Keno T+: If you enjoy retro or vintage themed Keno games then this one is right up your alley.

Kenotronic: From the same guys that brought us Tutan Keno and FireFly Keno this one has a real electronic and futuristic design to it.

Keno TV Show: This one is all about the presentation. It is you sitting watching Keno on TV with your game card in front of you. Your remote control is where all of your options are located and the TV screen works as the Keno board. The winning numbers are announced by the on-screen TV show host. This game is a fun and funny version of the game of Keno and is very memorable even if you don’t like it.

Keno Vegas: A Las Vegas themed Keno game by Concept Gaming. If you like pink you’ll like this!

Keno Xperiment: Keno Xperiment is a version of Keno that features a random pick feature. You also have the option to play five games continuously.

Klub Keno: This version of Keno uses only 40 numbers and you can pick anywhere from 3 numbers up to 10 numbers. There is a StarBall that will land on the board and if it lands on a number you have bet on then you will win 2 X the payout

Koi Keno: A Japanese-style decorative pond themed Keno game. Quite a nice and attractive one to play.

Krazy Keno: Krazy Keno is a quick and fast paced version of Keno that is ready to go whenever you are. The game features 40 numbers instead of the usual 80 and is played at a fast pace.

Lotto Madness Scratch: This keno version features a card box containing numbers from 1 to 49, and five numbers are entered into a ‘tube’. Once you have scratched a cash symbol, you will automatically win a prize.

Lucky Keno: This is one by Pariplay who also operate World Cup Keno.

Magical Keno: A magical themed version of Keno which takes place in an enchanted forest.

Microgaming Keno: Like other versions of Online Keno, Microgaming Keno follows the same guide lines and rules. The center of the screen is the Keno board where you select your numbers and where the winning numbers are randomly drawn. Microgaming Keno is a great Keno game that runs flawlessly thanks to Microgaming Software’s experience in the Online Casino industry.

Play’n Go Keno: A fun quick Keno game to play. Nice one if you just want to play a few games quickly.

Poker Keno: This game is quite similar to Let It Ride. You choose the amount you want to bet, and you get paid on a Pair of Jacks or higher. You are given two hole cards, and then the flop, turn and river are dealt face down – it’s essentially poker.

Powerball Keno: Taking its name from the popular lottery in the USA of course. A fun Keno game also available on mobile.

Power Keno: Power Keno is the same game of Keno we all love with the option to play with up to seven cards at once. The added number of cards just heightens the excitement level of an already exciting game and gives you a better chance of winning.

Power Keno – Powerball Special: Unlike the above Power Keno which is a multi card keno game this is one with a special ball that multiplies wins.

Redneck Keno : In Redneck Keno there are horseshoes instead of balls. The 20 horseshoes are broken down into 12 silver horse shoes and 8 gold horseshoes every single time a game is played.

RTG Keno (Real Time Gaming): RTG Keno is your basic version of Keno. This game runs smooth and fast and offers players an incredibly easy to understand layout that will have players new to Keno playing in no time.

Space Keno: Space Keno is available from VideoSlots, an entirely browser based online Casino and no matter what internet browser you decide to use, each and every game at VideoSlots will work fine. Good betting limits, graphics and sound effects and autoplay all make for a great game and one that I would recommend just for that alone.

Super Keno: This is a fun treasure themed game of Keno.

Superball Keno: In Superball Keno, the rules are similar to traditional Keno games that you may have played in the past. However, in Superball Keno, an additional element is added – the superball. This ball can increase your winnings if it matches a number that you have previously selected.

Turbo Keno: Turbo Keno is a fast form of Keno hence the name and it’s a fun one by Inbet Games.

Vegas Jackpot Keno: The two major differences between this version of Keno and others is: The payouts are a lot better and you can win a decent payout for not catching any numbers. Those two things that make this a pretty amazing version compared to the traditional Keno games.

World Cup Keno: This was a World Cup themed Keno game primarily for the World Cup in 2018 but hey it applies to all world cups I guess!

XKeno: A Keno game by Inbet Games with a mint green look to it.