Last week, I did my 14th Scratch Card Blog on here – and while I didn’t win anything, I probably had the most fun YET.

The reason it was so fun was because of the new scratch card I discovered, which is called “Fruit Explosion”.

This scratch card is bright, colourful and man – just a hell of a lot of fun.

So of course, I had to go with it again this week.

Last week I said I kept meaning to check the prizes to see if the grand prizes had been won yet It only makes sense and is +EV to play the ones where the five figure grand prize is still available.

Unfortunately I was too excited to get Fruit Explosion, I didn’t check that. Oops. Annoyingly, the OLG website also doesn’t offer any details on it. Oh well – we’ll go with the idea that there is still grand prizes to be won – makes it a lot funner!

Here are the two cards: 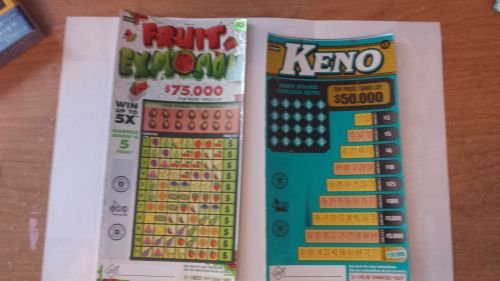 Let’s get the crappy Keno scratch card out of the way first so we can get on with the fun stuff!

Here’s the first row of the Instant Keno Scratch Card:

Okay let’s do the second row:

Alright, onto the third row: 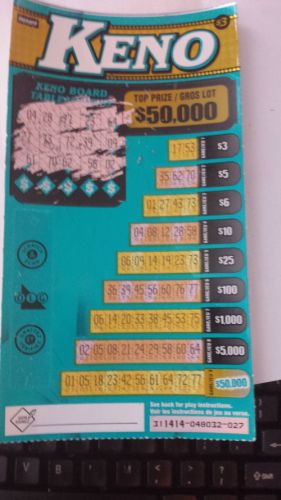 What’s funny is when you get 2 lik ethat – the first thing you do is look to make sure you didn’t miss 35 previously!

Alright, the last row then we get the Fruit Explosion fun yay. 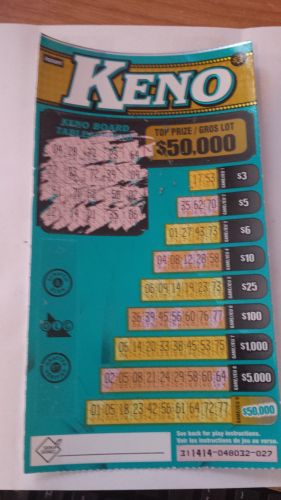 Hilarious – here I am scratching and not caring for this one and we bloody win. I love it.

Alright, onto the Fruit Explosion. First thing I do is scratch all the prizes. Imagine winning and not knowing what the prizes 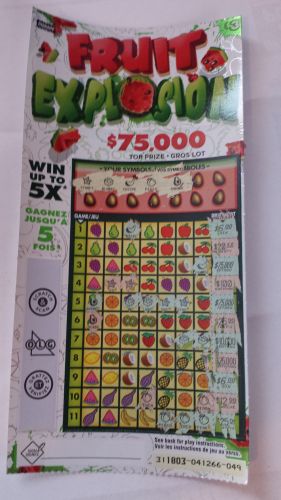 Star fruit, Blueberry, Cantelope, Peach and Avocado. Always too hard at this stage to see just what we need. Best to scratch more then we get an idea. Let’s scratch another 5 fruits:

So some openings – watermelon nets us $25. That’s the only sure thing thus far. Cherries would be nice too as would grapes for big prices.

If only we could be that lucky eh? Let’s do the final 4. We have:

Grapes. That’s a massive one. Cherries would get us $26 now.

Stupid pineapples I hate you. 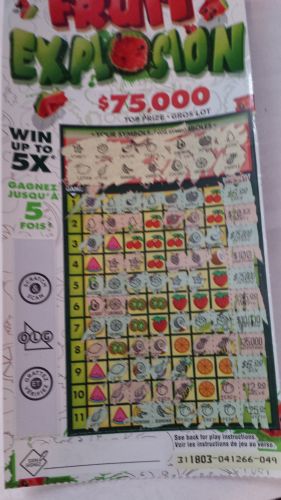