MultiCardKeno.com » Keno Knowledge Base » What Is Power Keno?

What Is Power Keno?

Power Keno is a multi-card variation of Keno where players play with multiple cards and sets of numbers and is available to play at WinADay Casino.

It’s the same game as normal Keno with a few major changes. Instead of the usual game of Keno with its single card play and single set of numbers Power Keno gives players the option of using multiple cards and numbers during each round.

Here is a screenshot of “Power Keno”: 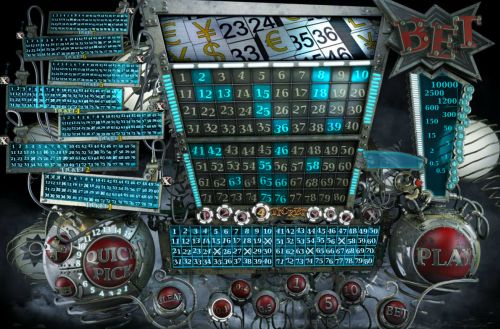 With Power Kenos smooth gameplay, great graphics and sound, it’s incredibly easy to pick up and play and an excitement level that’s off the charts new players to Keno or seasoned veterans of the game will all truly enjoy Power Keno and all it has to offer at WinADay Casino.

For people unsure about this game let me break down a couple of the great things about Power Keno in hopes of helping you understand why this game is great and a must play for Keno players and non-Keno players. The first thing worth mentioning about Power Keno is the most obvious difference and that is the amount of cards you can play with at any given time during your Keno session. You have the option of playing only 2 cards or any number of cards up to 7 cards at once, this greatly improves your chances of winning versus single card and its one card one chance of winning, with Power Keno players can play up to seven cards per round so that’s 7 times the chances of winning at any given time.

Or for the more superstitious player you could bet the exact same numbers on each card, be it your lucky numbers, your kids birthday, your phone number or whatever your numbers are you choose, so when you catch big on one card you catch big on all 7 cards making your winnings 7 times what you would have won on single card Keno.

So hopefully this helped you in understanding what Power Keno is exactly and it showed you why I personally enjoy this game so much. More cards and numbers = More excitement, a better chance of winning and a more exciting experience when playing the wonderful game of Keno. If you or someone you know thought Keno was boring than this game is something you both have got to try. If you are in for an exciting game with amazing chances of winning a large sum of money than this game is for you.