When it comes to any form of gambling, people are always looking for strategies and tips in order to give them an edge. The truth is though, there is no magic secret to winning, especially with keno, because it all comes down to luck. Anyone telling you they know a way in which you can win every time is lying. But that doesn’t mean there aren’t any tips and strategies that you should follow to give you the best experience.

We’re not going to be giving you tips here that break house rules in a casino either. They’re not like ways in which you can beat the house, as with counting cards in a variety of Blackjack games. Everything in this article is factual, legal and aimed at giving you the tools to make smart decisions.

So here we go, our top tips for the best strategies when it comes to virtual keno games.

When we go to a restaurant, unless it is brand new, we often ask friends for recommendations or check out reviews online. And you should do exactly the same when it comes to finding which online casino you’re going to play with. For example, if you’re going to check out FanDuel Sportsbook, then read up about it first. Check out what features they have that benefit you, what their customer service is like, pretty much everything you’d need to know as if you were a beginner.

One good way of working out if a casino is good, especially with their keno games, is to see what their payouts are like. Now, this could differ between every keno game, as there are a variety of different ones. Therefore, it is important to find one you like the look of. Then see what the payouts are like, because there tends to be a standard across the board, but sometimes, certain places will offer worse or better odds. And that’s where you can distinguish between the good casinos and the bad. 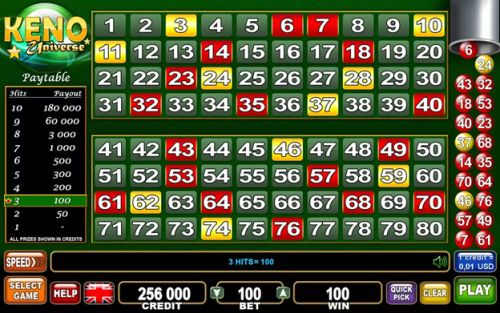 Take advantage of any offers

When you’ve found a good place to play virtual keno games, then your next step is to see if they have any offers. These can come in the form of a matched deposit bonus, many free games, or even enhanced payouts. There is often some sort of stipulation with these bets like you have to wager a certain amount, or winnings are capped. But, a few free games and the potential to win money without any risk isn’t an opportunity you should turn down. Especially as it gives you some time to understand how the game works and to learn its rules.

Another way you can learn about keno is to find free versions of the game to play. Many websites offer this alongside their games. It helps the player to get a feel for the game, but beware, some people have reported that in the past, they won lots on free games, drawing them in to play the real thing, and then they get nothing. Whether they fix free games in order to get you addicted is a rumour many people spread, but because it’s not actual gambling it isn’t illegal to do it even if morally it may be wrong. So just remember, this is entirely a game of luck. You can, and often will lose.

What numbers to pick?

Because it’s random, there is no specific number we can tell you always comes out of a draw. If we did know that, we’d be playing keno every night and we’d be rich. However, much like with the lottery, there is a common theme that appears, and that is numbers tend to be drawn in clusters. Therefore, it’s always advisable when picking numbers, to sometimes have a run of a couple together. Although it is arguable that this tactic doesn’t work as well online as in real life. 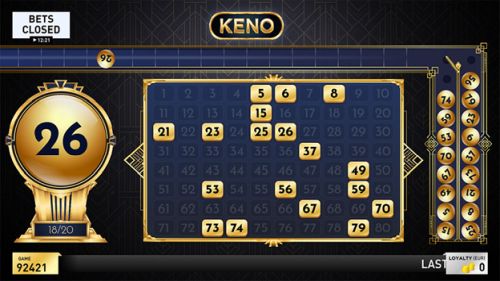 That’s because online, it uses a random number generator, meaning the next number is completely random. No one knows what will come, it could be any value from 1 to 80. But in real life, numbers are usually labelled on balls, which are put in a container, shuffled around, and then picked out. The thing with that method is that many balls end up staying close together, even when they’re mixed. So the odds of pulling out a number following the value of the previous one is slightly higher. This applies to the live online keno games too.

How many numbers should you pick?

With Keno, the more numbers you pick, the more chance you have of them being drawn. But the odds go down as well, because your chance of having numbers drawn increases. Some people like to pick fewer numbers, others do go with the maximum twenty numbers, but others will pick somewhere in between. The question is, is it worth picking 10+ numbers?

Well, if all your numbers come out, sure. You could win a lot of money. However, If you put the same value bet on a four number pick and a twenty number pick, and four numbers are picked out on both, you’ll win more for getting all the numbers with the first bet. On the second bet, you’ll actually get a smaller return, and possibly lose money, because you won’t get as much back as you put on.

That’s why many people put on, somewhere between four to eight numbers. That seems to be the best common ground that gives you a good chance of winning, but keeps it at the point where you’re not going to be losing money if your numbers are drawn. The only time you might want more is if there is some special promotion on like a progressive jackpot. Because everyone has the same chance to win, but the prizes are often astronomical, so having more numbers could benefit you there.

And there you have it, some of our top tips for playing keno. They’re not guaranteed to make you money, but they will possibly help you have the best experience possible. You just have to make sure that you can afford to play and doing so won’t get you into any financial trouble. If you think it will, then it’s time for our last tip, don’t play! If you can’t afford to gamble, don’t do it. It rarely ends well. Keno is a game that should be enjoyed, not that ends up destroying families. So if you think you need help, seek it.