It’s been awhile but it’s time again for some scratch card action!

I got tired of scratch cards for awhile – particularly the Keno ones – but I ended up having some good luck over Christmas. I bought a scratch card for a family member who was coming over for Christmas dinner. He ended up changing his mind at the last moment so I was like screw him – I’ll scratch the card by myself. That card cost $10 and won me $50!

I then also received a Christmas gift pack where I won about $18 overall on those cards so that was really nice. So I figure I will go back to the scratch cards for the next month, doing one blog a week.

This weeks edition is of course a Keno card, and a Hit The Jackpot card. You should all know how Keno works now. Here’s the cards and we will do Keno first: 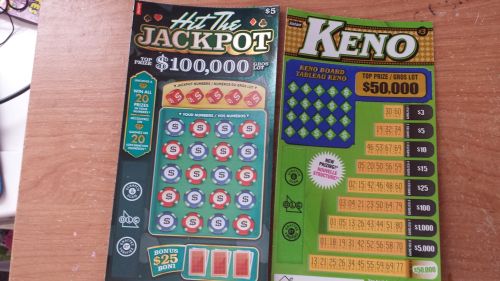 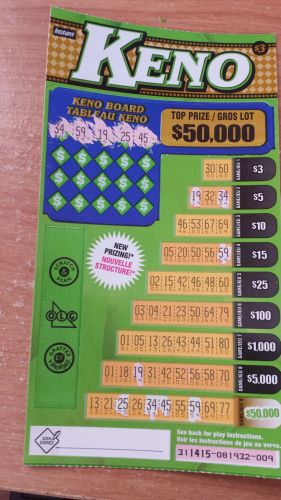 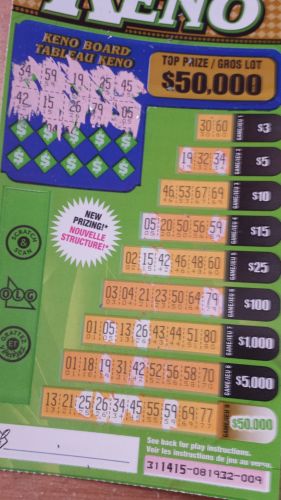 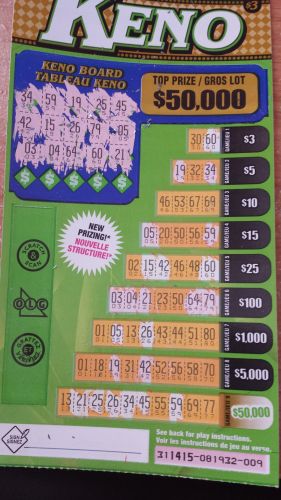 Let’s scratch the rest off one at a time: 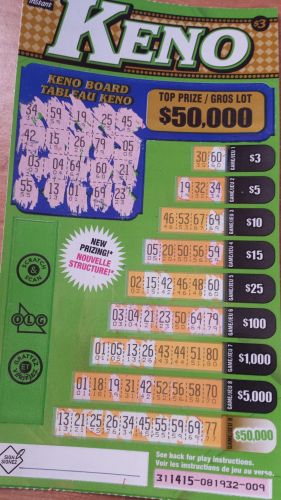 Onto the next one. Hit the Jackpot. Very simple – you scratch your jackpot numbers and if any come up you win that corresponding prize. 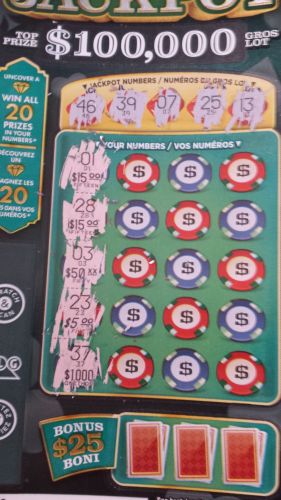 Also if we scratch a diamond we win all 20 prizes in our numbers so that’d be nice.

Eh – this isn’t that exciting for scratching is it? Let’s just scratch them all and see what we get. 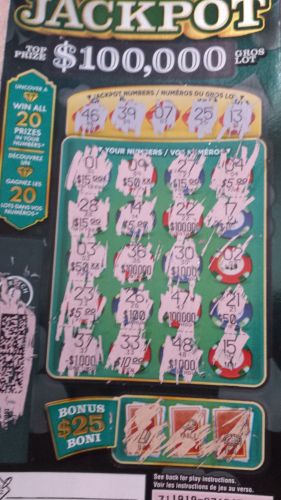 Yeah we didn’t win anything.

Honestly I don’t like those cards. There’s no fun involved. It’s just scratching and hoping one of your numbers comes up – meh.

No more of those cards.