Last time out, I had a TON of fun. Rather than do 2 scratch cards I did just the one and man – did I ever come close to the big money prize.

I ended up with 5 numbers left to scratch being just ONE number away from $50,000 on the pretty yellow Keno card. Man that was such fun – I’m still thinking about it haha.

So this time out I’m doing another solitary Keno card. We’re going with a gold keno card this time. Here’s how it looks: 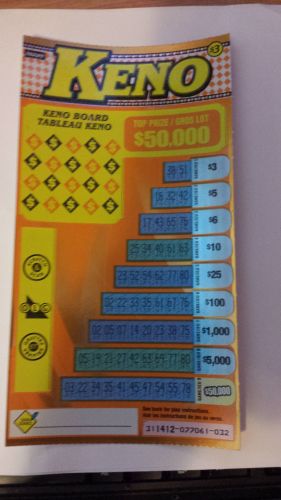 Unlike last weeks Keno card, there’s no real thrills or excitement about this one. It’s fairly straightforward . Scrach, get the numbers and win. No crazy bonuses or anything like that. 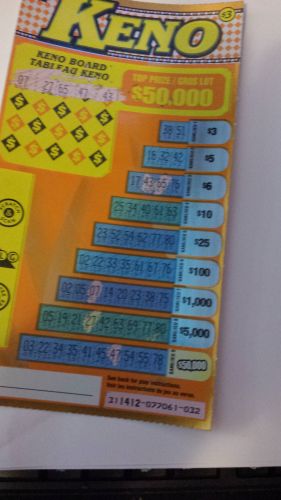 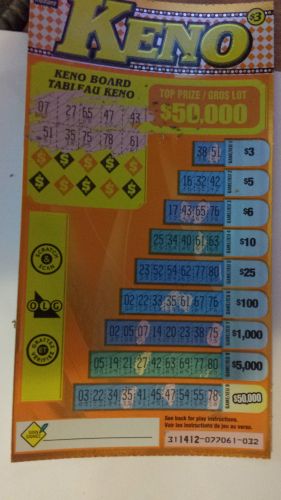 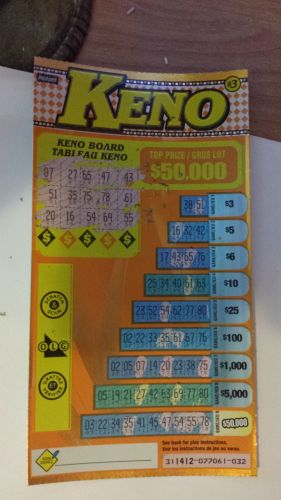 Sadly we need 5 numbers there and with only 5 left yeah I don’t really like our odds haha. Although how sick would that be?

Let’s do that last row: 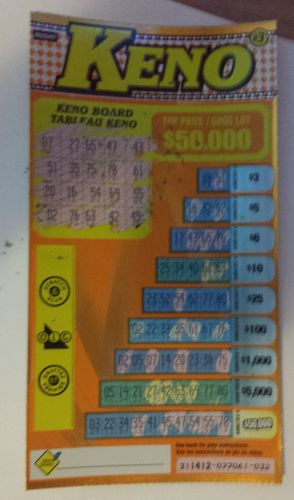 And yeah – unfortunately that one was a big failure. We came close to the wins, but we needed 1 more number on $3, $5 AND $6. So close, but no cigar. Another row of numbers was probably needed for the win. Blah. I’m never doing Gold Keno cards again!